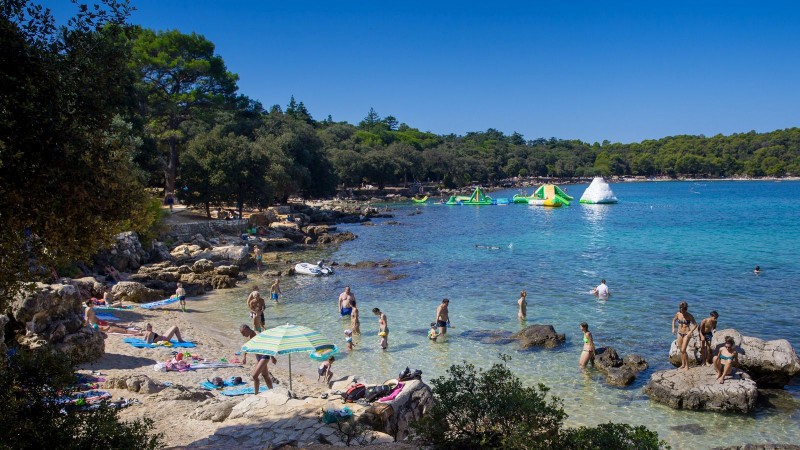 Lone cove is part of the protected Golden cape Forest Park with one of the most-visited beaches in Rovinj. The beach is composed of gravel and attracts many bathers, especially families with children. Apart from the main beach, there are also smaller rocky beaches for those who prefer privacy. A few meters from the shore you can find shade under thick branches of the century-old trees, and at the beginning and in the middle of the cove there are snack bars where you can get refreshments. Rovinj town centre is only a 15-minute walk away. Kurent cove is the most visited cove on that part of the coast and is composed of gravel. In addition to the benefits of a gravel surface, this beach also boasts an old coniferous little forest that provides shade throughout the day. There is a beautiful grassy area in its vicinity where you can enrich your stay with various sports and social games. Kurent cove also hosts a snack bar offering drinks, ice cream and deck chairs as well as public changing areas.
The nearby quarry at Cape Montauro is popular by free-climbing enthusiasts due to the large number of trails and the beautiful views of the Rovinj archipelago. Beaches in Cape Montauro are not that attractive: high and steep rocks offer only a small number of possible entrances to the sea.