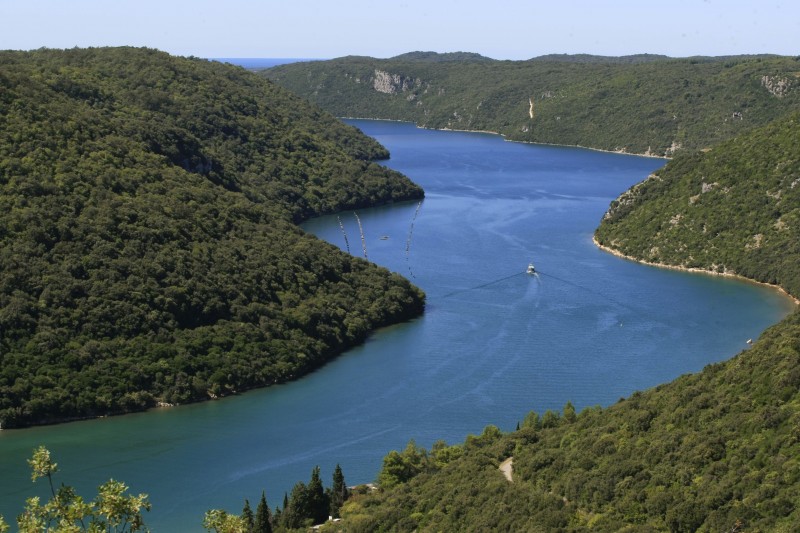 It is a protected landscape with slopes that are covered in different forms of evergreen shrubs and oak medunac and bitter oak. This flora diversity on a relatively narrow area represents a unique phenomena and a special ecological value. Romuald's Cave is located nearby and can be reached by climbing through the 360 meter-long woods. The length of the cave is 105 meters.
The average temperature in its interior is around 12 degrees and relative humidity is 70-75 per cent. The oldest remnants of the early man in Istria were found in this cave.  Along with the cave bear, cave lion, leopard, wolf, fox, brown bear, cave hyena, snow rabbit...a total of 41 animal species were found in the cave.