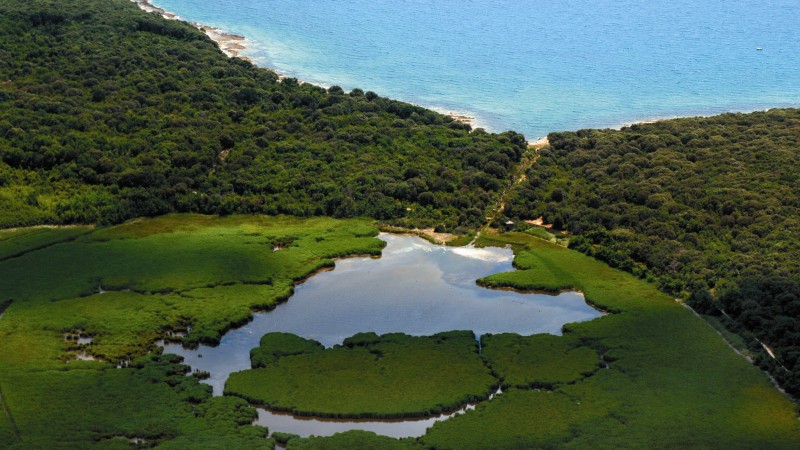 The brackish swamp in the south of the Rovinj region spreads over 219 ha, and has fascinating flora, including several rare botanical species. The whole region is rich in fauna and flora, especially ornithofauna and water birds during the nesting, wintering and migration periods. Until now 220 bird species have been recorded. The area was designated an ornithological reserve in 2001.