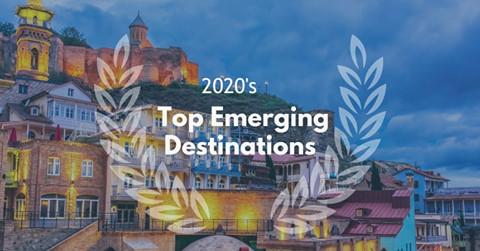 Rovinj was recently listed among the 30 best emerging destinations in the world for 2020 which, according to the American travel blog Travel Lemming’s selection, represent a positive trend with regard to tourism in the upcoming decade.

A jury made up of the most famous travel and tourism bloggers made a list of destinations that, thanks to their offer, natural beauties and potential, should be under the radar of every traveller wanting to experience different and special places in 2020.

- Rovinj is a picturesque coastal town that is not only charming but boasts a number of cultural attractions and archeological sites as well as delicious local seafood, according to jury member Kiersten Rich, better known as @TheBlonde Abroad, who was one of the first influencers to arrive in Istria as part of the #ShareIstria campaign organised by the Istria Tourist Board:

Describing Rovinj as the new Tuscany and a Mediterranean town whose charm can be compared to Venice, the jury, among other things, pointed out the selection of wines and its varied gastronomic offer, whilst stating that Monte, the first Croatian Michelin-starred restaurant, can be found in Rovinj. Travellers are advised to visit Rovinj from April to November, with the main attractions being the Old Town, the Church of St. Euphemia, the town’s port and Balbi's Arch.

Among the 30 destinations on the list, the TOP 5 will be selected by readers. The final ranking will be announced on December 10 and votes can be given via the link: https://travellemming.com/emerging-destinations-vote