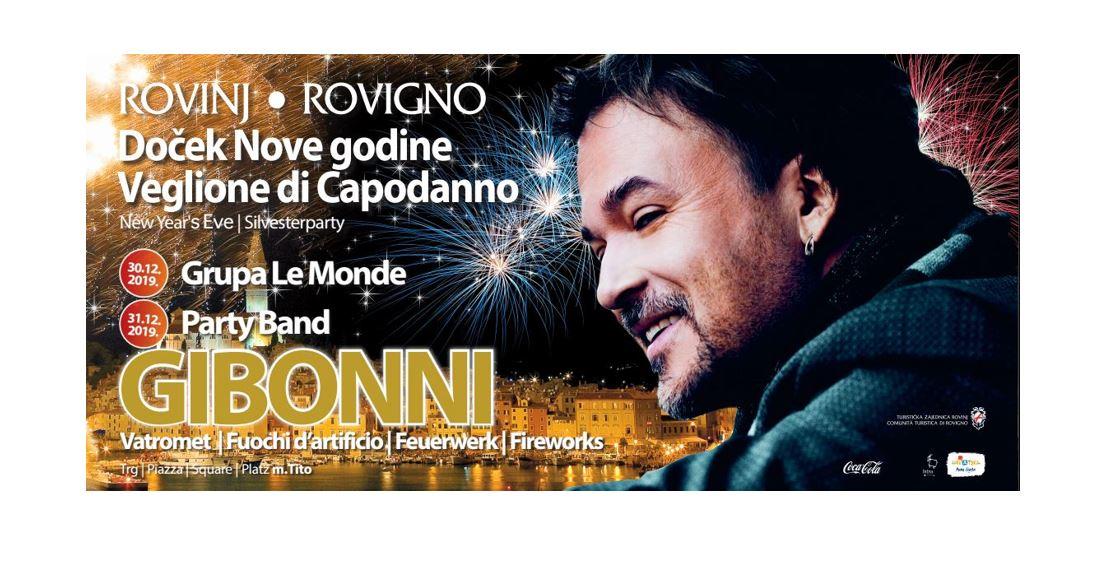 The craziest night of the year will be celebrated in Rovinj with the popular musician Zlatan Stipišić - Gibonni. The supporting Party band will warm up and entertain the audience before the arrival of the main act. Along with the music part, the programme also includes attractive fireworks that will sparkle in the night sky over Rovinj at midnight.

New Year's Eve programme at the square will be enriched by the gourmet offer of several Rovinj's restaurants within The Rovinj’s Winter Delicacies festival and The Batana House Association with its traditional menu within the Holidays at the Batana House.