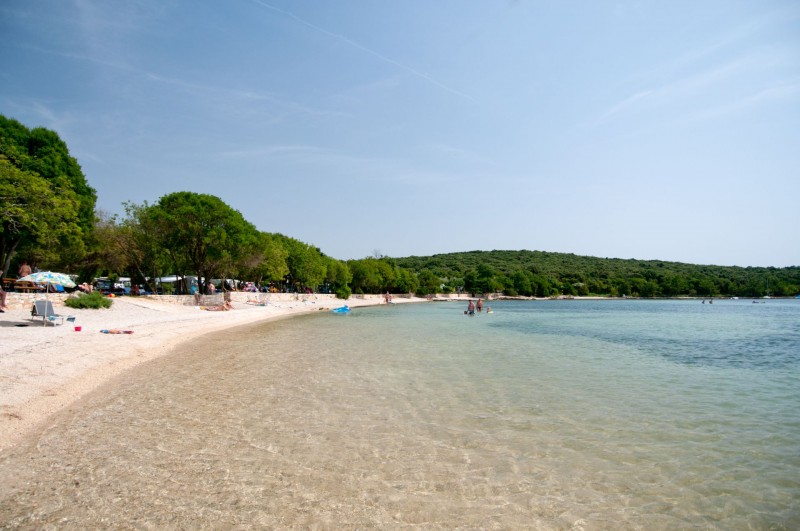 Veštar Bay is located on the Rovinj's coast, only 5 kilometers away from the town center. In the bay dominates a beautiful pebbly beach which spreads for 700 meters along the coast. The beach is awarded with a Blue flag because of its beauties and quality, as well as because of its clean sea. For your swim in the sea you can chose among a number of different kinds of beaches. The most attractive one is certainly the beach within the campsite, in the middle of the bay, which is made of fine and tiny gravels, whereas the ground in the sea is made of fine sand which makes walking or playing ball a special pleasure. In the campsite you can rent a boat or some other sport props, and there are many other catering establishments and sport courts. The sea is shallow with a nice entrance which is great for kids. The northern part is stony with small round stones, reserved for nudists, whereas the southern part, as far as Cape Babo and further, is mostly rocky with smaller bays that are more suitable for accessing the sea.

Beach in the Bay Veštar