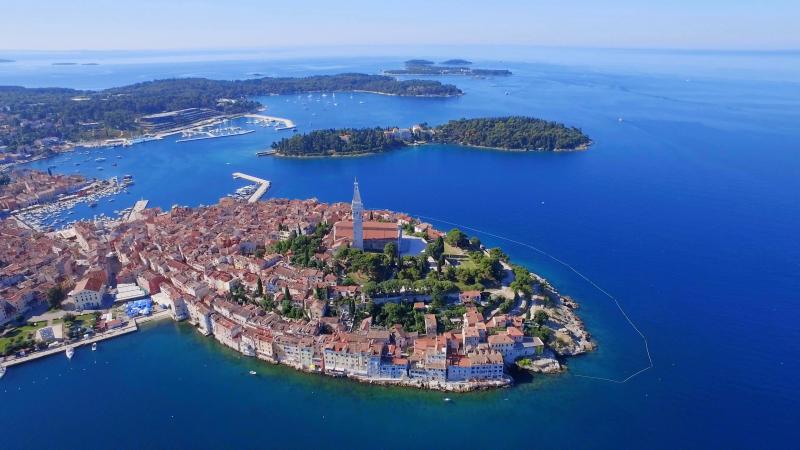 As far as the type of facility is concerned, most overnight stays were realized at camps, i.e. 1,698,662 (42% of the total number), which represents a decrease of 10% compared to the year before. Hotel overnights accounted for 21% of the total number, i.e. 831,353, which is an increase of 6% compared to 2018. 418,260 overnights (10%) were recorded in tourism complexes, which is an increase of 26% compared to 2018, while households accounted for a share of 21% in the total number of overnights, i.e. 834,481, which is 1% more compared to the year before. Such significant increase in the number of overnights in tourism complexes results from the change of category of Camp Valalta. To be more precise, the capacities of Camp Valalta have been divided into camp units and stationary facilities that are recorded separately in the tourism complex category.