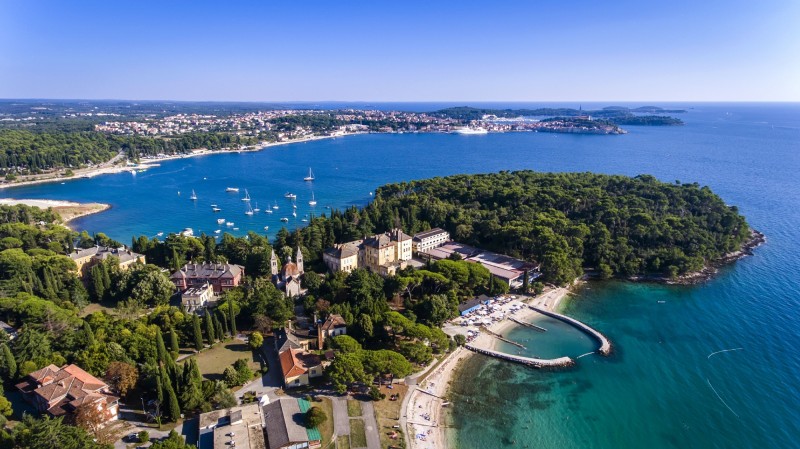 The resort was opened in 1888, which is considered to be the official beginning of tourism in Rovinj. Children from across Austro-Hungary, Germany, Russia and other countries came here for treatment and rehabilitation.
The site of the resort was determined after careful studying of the location, climate, flora and fauna. Research has shown that Rovinj has the best microclimate and the crucial fact was that it had been spared from the malaria epidemic that devastated Pula and Brijuni Island in the second half of the 19th century.
The chosen construction site was the intact area of the Muccia peninsula with a big sandy beach next to it, which is still used for treatment. In the late 1885, a company was established that was to build and arrange the resort and on New Year’s Eve, Archduchess Maria Theresa von Österreich began to manage it and launched the initiative for construction.
A fund raising campaign was launched soon afterwards. Both the state administration and numerous figures from the Viennese aristocracy became involved and the executive design of the building was commissioned. As early as 1888, a resort with 210 beds was built on Muccia and sick children from all parts of the Monarchy began to arrive.