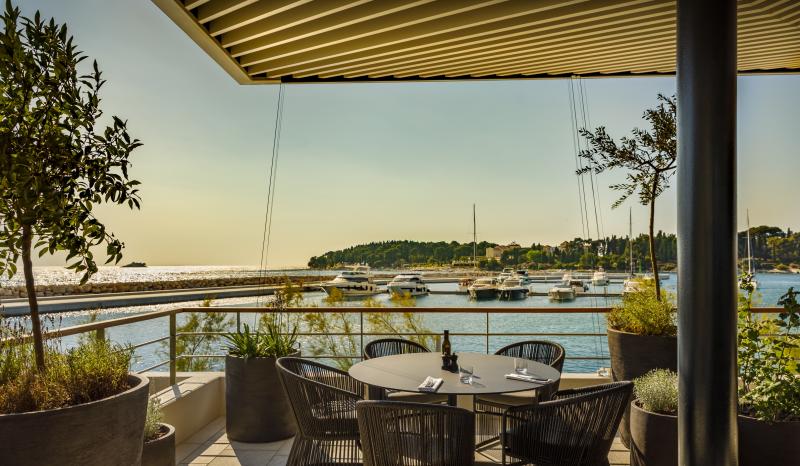 The gourmet offer of Rovinj is growing, welcoming two top restaurants, which is the result of the cooperation that Maistra has achieved with the famous Italian restaurant Agli Amici from Udine and famous Croatian restaurant Tekka. With this venture, the company continues to provide a superior experience, and create new reasons for visiting this destination, raising the bar one again in the level of quality of offer and service in the Croatian hotel industry.

The Agli Amici restaurant, which according to many gastronomic critics and professionals is considered one of the best restaurants in Italy, will open in the second half of June on the Lungomare Plaza promenade in front of the Grand Park Hotel Rovinj. In the new restaurant, which until now was known as Bitinada, guests will have the opportunity to enjoy Italian dishes slightly different from the classic Mediterranean cuisine, prepared with local and seasonal ingredients.

Agli Amici developed from a small family grocery and tobacco store back in 1887. For the past 23 years, this family heritage has been in the hands of chef Emanuele Scarello and his sister Michela, a sommelier and restaurant manager. They received their first Michelin star in 1999, and the second one in 2013 as a kind of award for great handling of local ingredients and skilful application of modern techniques, which are the hallmarks of their creative and carefully considered cuisine. The restaurant has been a part of Relais & Châteaux since 2014.

Recognising the great interest of its guests, as well as that of locals, for the sushi evenings that have been held at the Lone Hotel in recent years, the company has gone a step further. From the beginning of July, famous Japanese specialties with an emphasis on the use of local ingredients will be served in the most attractive area of the Lone Hotel – the ResoLution restaurant, which through this partnership is being renamed into Tekka by Lone. Tekka introduced the people of Zagreb to the world of sushi 20 years ago, and since 2019 it has had a Michelin recommendation and bears the Michelin Plate label.